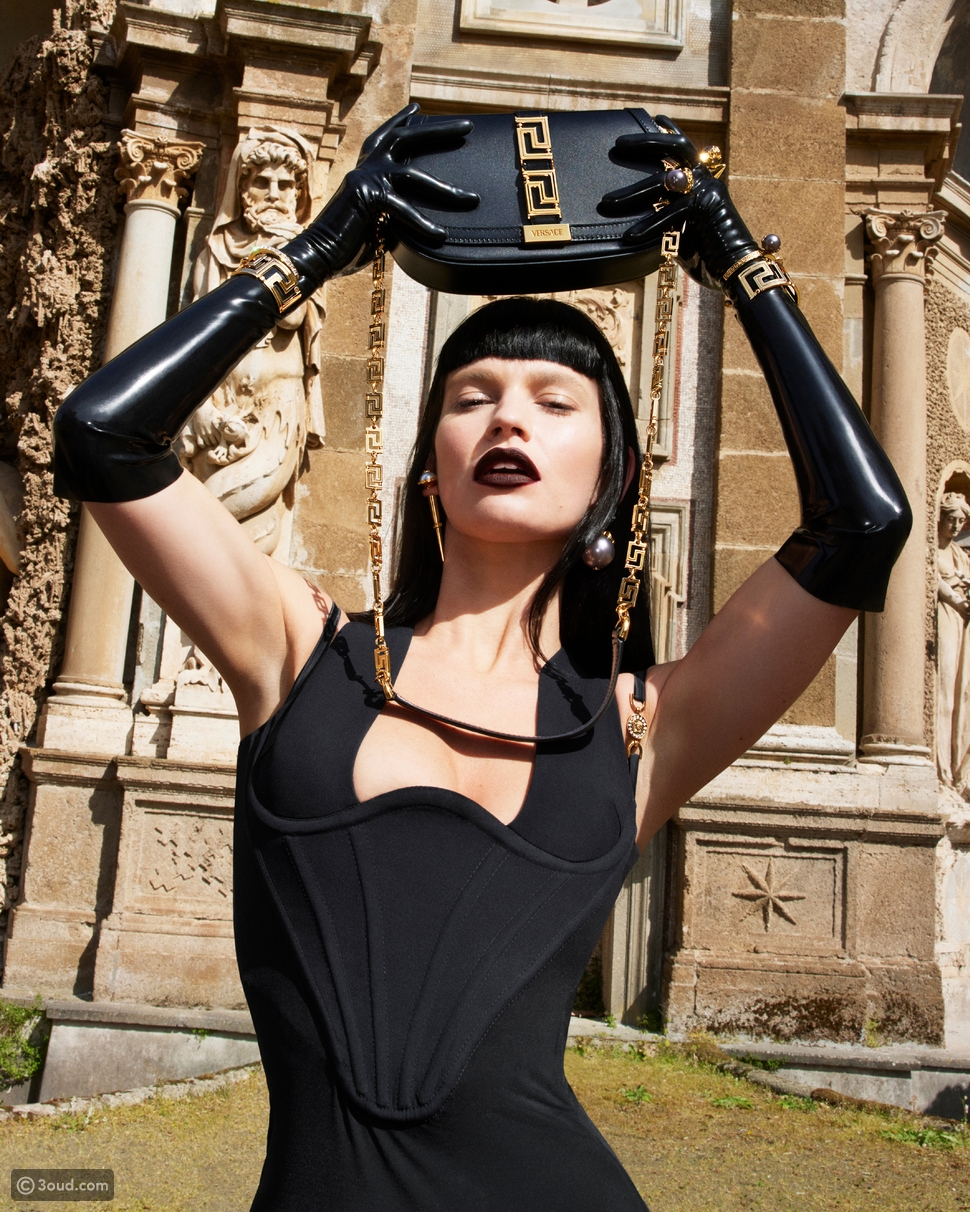 “When Lily got in front of the camera she transformed! Wearing the collection unlocked her own personal attitude and she took on a new energy and power. That’s exactly how you should feel when wearing Versace!” 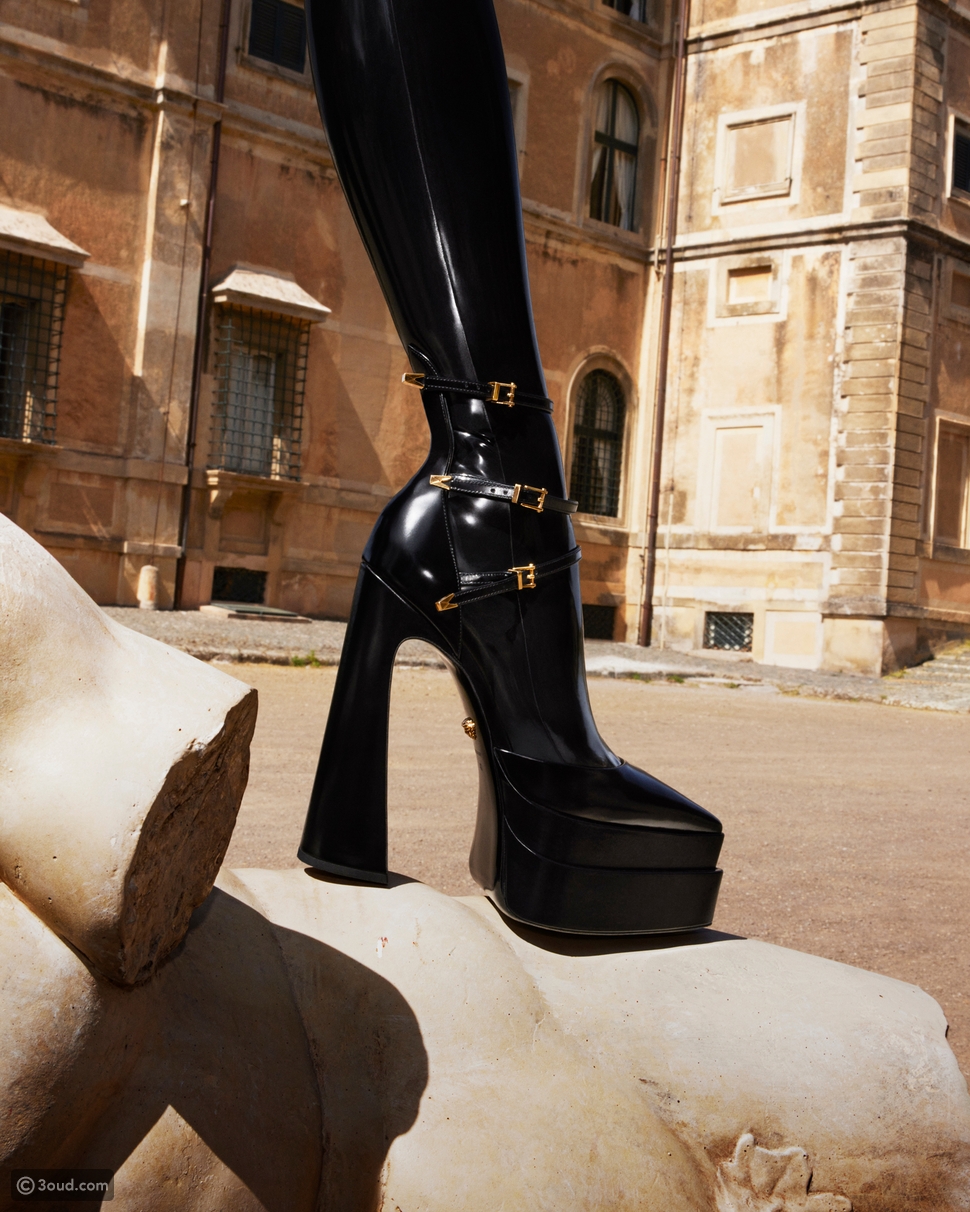 As in her films, where she has played roles from headstrong princesses to sex-symbols, Lily James’s impulsive and daring attitude is the epitome of Versace confidence. Lily is seen as equal parts mythological deity and contemporary rebel as she wears new season latex ready-to-wear in a campaign that clashes classical culture with empowered seduction.

Versace Men’s proposal of a modern opulence is visually clear, with the ornate flourishes of the classical surrounding contrasted with the collection’s contemporary content.

The Greca Goddess line of bags is introduced for Fall-Winter 2022. Very Versace contrasts within the campaign imagery fully reflect the new bag and its juxtaposition of rich craft and elegance with a totally contemporary and new energy. 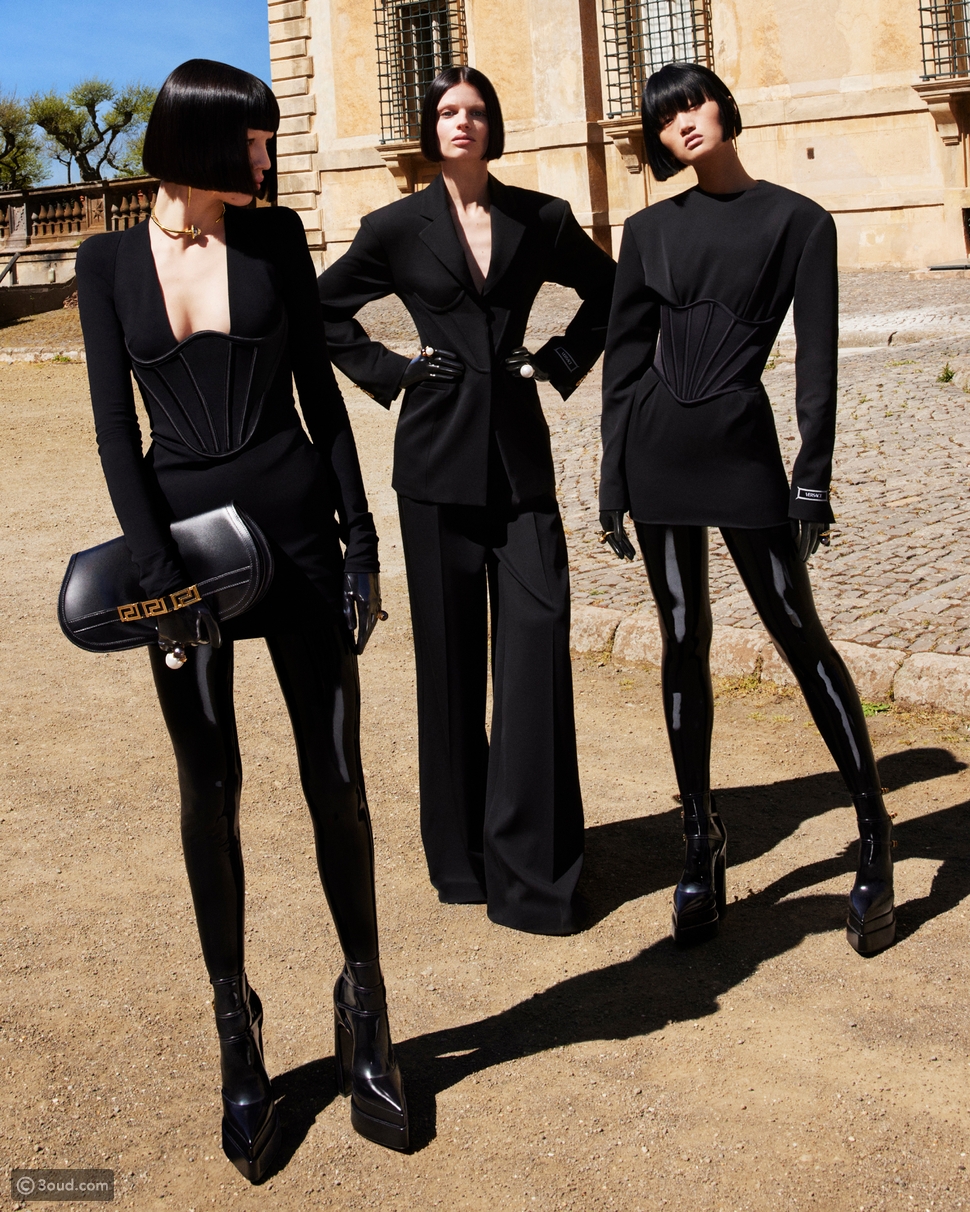 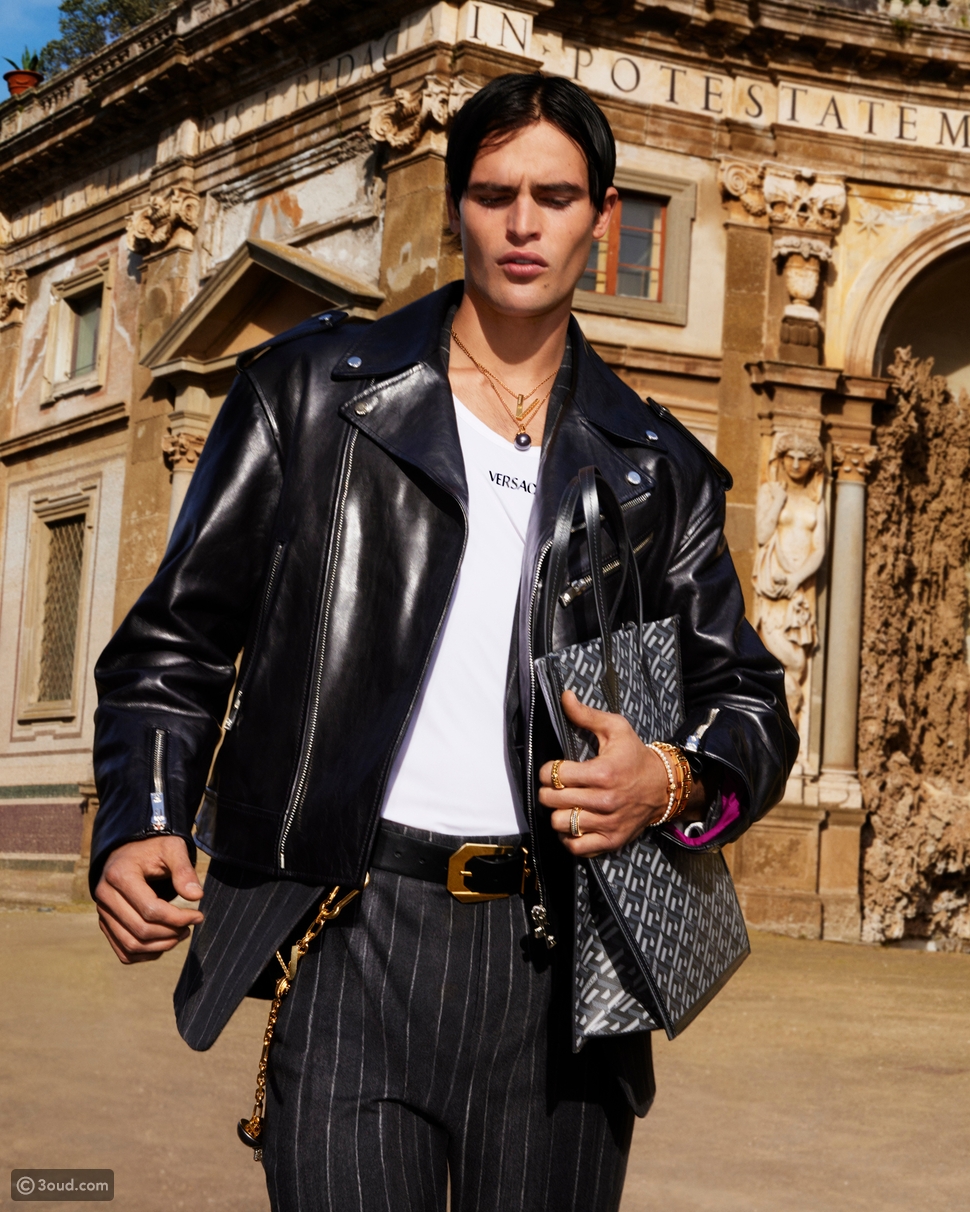