LACOSTE SPARKS THE NEXT UNEXPECTED ENCOUNTER, WITH VENUS WILLIAMS

Since 1993, the Lacoste crocodile has trecended time, style and genre.
It roams over a limitless range.
Its defining feature is tha it is worn by people from all walks of life, each sporting the crocodile in their own way. 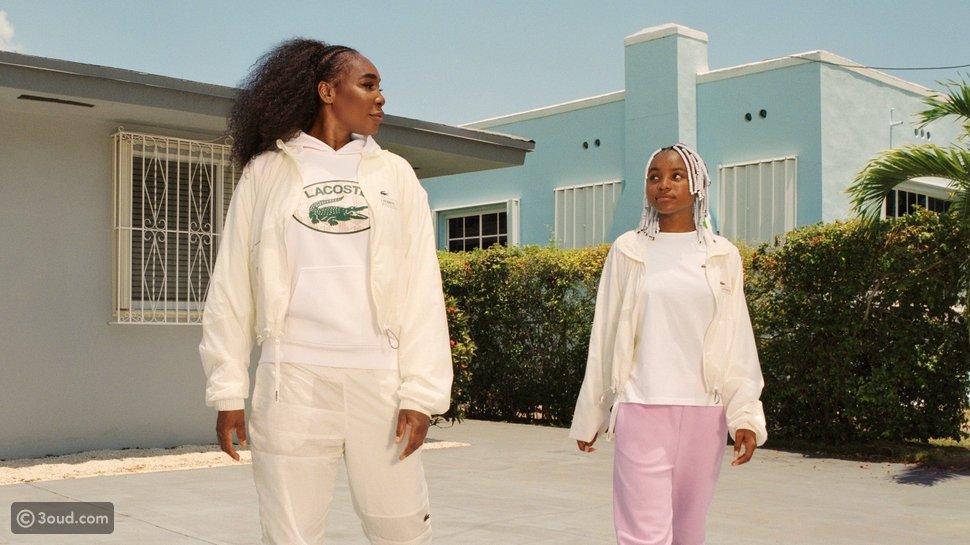 For Spring-Summer 2022, Lacoste unveiled its new tone of voice with several unexpected encounters. With this campaign, the brand, using its iconic pieces as a starting point, went in a new direction, fresh and full of spirit.

The next chapter? An impromptu meeting between new brand ambassador, tennis champion and entrepreneur, Venus Williams, and a young Lacoste fan (played by Saniyya Sidney, who memorably starred as a young Venus in the Academy Award- winning film, King Richard).

A BATTLE IN STYLE

For Fall-Winter 2022, a white Lacoste jacket forgotten in a corner store brings the young teenager face-to-face with its unexpected owner, Venus Williams. In a moment of joyful complicity, the two realize they have the same piece of clothing bearing the lacoste crocodile. This connection ignites a dancing battle.

Inspired by Venus Williams’ iconic courtside dancing, the two women playfully move their own ways, using their common jacket as a piece of unique expression.

In line with the new 2022 campaign, the film is set to Apache, by the Sugarhill Gang, setting a dynamic, humorous pace for the exchange.